Re: The Double Slit experiment

DavidB wrote:The double slit experiment proved two things, that a particle can behave like a wave, and that observation of an experiment can and does influence the result.

This says two things to me.

1) The wave influences the field in which it moves, appearing to behave as a wave, when not observed.

2) The observer further influences the field, disrupting the wave, causing it to appear as a particle. The observer then, is in some regard, another wave of influence.

'The observer' in this case, does not mean 'human observer'. Let me put it this way. I'm the farthest thing from a materialist, but I also understand how grossly misinterpreted the double slit experiment has become around spiritual circles. It's led people to believe that nothing exists until a human observer looks at it which is such an incredibly limited perspective and a dangerously mistaken perspective, failing to take into account that consciousness already exists at every level including the smallest particle in existence.

In the actual experiment, there is nothing about 'observation'. It's merely 'measurement' which has somehow gotten confused with 'human observation'. Basically, it's the interaction between particles that too can also produce the 'observer' effect. Meaning that again, consciousness exists within a particle itself.

A human perspective of consciousness, is merely one potential avenue of experience, while the experience of a tree, a rock, a cell, a particle, a gaseous substance is another experience. The Universe existed well before humans inhabited it as well as the plethora of evidence of incarnated souls into rocks, trees, plants, objects, particles, cells, gaseous substances and non physical realities and the like, meaning everything perfectly exists as it is, whether a human observes it or not.

So, with that said, observation merely means measurement and can come from any other perspective, even another particle's interaction which will produce the same collapse of wave form. I don't know much about psychics, but makes a lot more sense than the way it is generally interpreted in certain spiritual circles.

Re: The Double Slit experiment 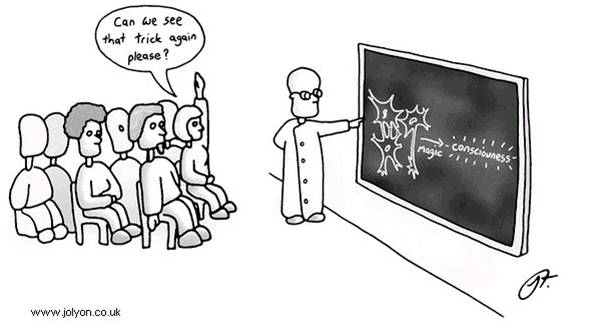 The Pilot-wave theory makes all the same predictions as the probabilistic formulation of quantum mechanics (Copenhagen interpretation), but without the ghostliness or mysterious collapse!

The Pilot-wave theory explains a physical model of causality, however, the causality is still non-local because the particle is travelling with the pilot wave.

The Copenhagen interpretation is already an outdated interpretation, it can't explain anything.... It's a deadend. It's probability equations don't attempt to explain how the particle was created or formed from a wave.... It just says that it suddenly appears because we measure it.

On the the other hand, the pilot wave theory looks at the Universe as a superfluid with a viscosity of zero. It's quite possible with advanced modeling & devilishly clever experimentation.... like we are now seeing with the oil drop experiments that the pilot wave theory will progress further & formalise the non-local causality. We may even have a set of equations that can better predict the path of the wave-particles due to non-local wave mechanics.

Therefore, the Universe whilst deterministic, but due to non-local causality can never be 100% determined by an observer because the observer would have to be to be able to model every part of the wave mechanics in the entire Universe simultaneously.... Obviously this would be impossible. Non-local determinism is a bit like Weather systems, you have weather balloons distributed in the area you want to model the instability of the system. Quantum systems may need to follow this approach in the future... Quantum balloons that try and predict the wave mechanics in a complex system to help model or predict the path of particles.